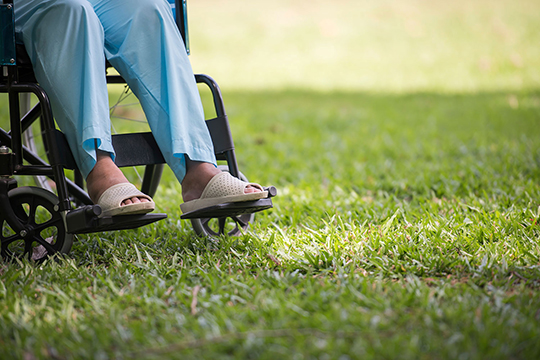 let us tell you a story of a life saving and an inspiring moment in time ..

CASE: An 84 year old male, banker, very functional and actively engaged in the job,  came in to our institution with slurring of speech, right sided weakness and numbness with right facial asymmetry . He is hypertensive, with chronic renal disease having a creatinine level of  2.6 mg/dl, and a  creatinine clearance of 19.38 ml/min. He also has macular degeneration, non valvular atrial fibrillation, compliant to Dabigatran at 75 mg BID with last intake at 0700 H. Patient was doing well at work when he started to have right facial asymmetry followed by slurring of speech  then weakness and numbness of the right upper and lower extremity at  0930 H. He was brought to the office clinic with noted blood pressure of 140/100 where he was given Catapress 75 mcg sublingual with no noted improvement nor deterioration.  Subsequent blood pressure reading after 10 minutes was 150/100 for which he received another dose of Catapress of the same dose.  Family prodded him further before he finally yielded arriving the hospital at  1255 H.

Clinical examination on admission revealed right facial paralysis, right sided weakness with moderate sensory loss and moderate dysarthria. (National Institute of Health Stroke Scale (NIHSS)=5 points). His blood pressure was noted to be 150/90 and was started on hemodynamic support. He was seen by the Brain Attack Team at 1257 H and after neurologic assessment and laboratory results were taken,   he was subjected to MRI of the brain as well as MRA at 1317 H as part of the hospital’s protocol. The procedure enabled us to define the extent of ischemia  especially with the history of having taken  antihypertensive medications while ongoing vascular symptoms twice prior to door time. His Coagulation studies were normal with PT 12.9 secs, INR 1.1  and PTT 38.4 secs. Magnetic Resonance Imaging with Magnetic Resonance Angiography (MRI with MRA) showed Hyperacute infarct on the Left Corona Radiata, with cut off on the Left M1 segment of the Middle Cerebral Artery. Likewise, there were areas ischemic changes on the cerebral white matter. With the last administered dose of Dabigatran already at 7 hours post ictus, we opted thrombolysis   given the  radiologic and clinical findings.   At 1355, two doses of 2.5 gm of Idarucizumab to reverse the effect of dabigatran were given via intravenous bolus for  5 minutes which was then followed by Intravenous thrombolysis of  58 mg of rTPA, equating to 0.9mg rtpa/kg body weight administered  approximately 271 minutes post ictus. 30 minutes post infusion, there was improvement of right leg weakness, as well as speech from moderate to mild dysarthia. Notably, the right arm weakness and sensory deficit has improved in 6 days, now with  a  National Institute of Health Stroke Scale (NIHSS) of 3 points. Figure 1 shows the complete timeline of events.  Brain CT scan was ordered after 19 hours post IVT , a period earlier than the required 24 hours after needle time due to persistently recorded high blood pressure which revealed the absence of  hemorrhage. This was addressed promptly by Nicardipine drip.  He underwent physical therapy and we chose to start Apixaban for secondary prevention of stroke on day 2. He was discharged in 2 weeks with minimal facial paralysis and mild dysarthria (NIHSS = 2 ) and  upon follow in  a month from ictus, only had subtle  right facial asymmetry (NIHSS=1). Brain MRI and MRA in 52 days showed T2 and Flair hyperintensities on the left corona radiata with complete recanalization of the left proximal M1 segment of the middle cerebral artery.